The Rev’d Canon Professor Peter Neil is Vice Chancellor of Bishop Grosseteste University in Lincoln, and the current Chair of the Cathedrals Group. As Chair, Professor Neil guides the strategic direction of the Group and acts as a spokesperson on public-facing issues.

Originally from the Isle of Bute on the west coast of Scotland, Professor Neil has worked in education and higher education throughout the United Kingdom.  He studied German at Edinburgh University and trained as a secondary teacher of modern languages at Jordanhill College of Education (now within the University of Strathclyde) and the University of Glasgow.  He then taught modern foreign languages in four schools in Scotland, studying for an MEd during this time, before taking up a post at the Queen’s University of Belfast where he established the Northern Ireland Centre for Information on Language Teaching and Research (NICILT) and was assistant head of the School of Education, leading on the PGCE course;

Following a sabbatical in New Zealand Professor Neil studied theology part-time at Union Theological College and then left Belfast to take up the post of director of Education and Lifelong Learning at what is now Aberystwyth University.  During this time he was educated part-time at St Michael’s College, Llandaff in Cardiff and was ordained deacon and then priest in St David’s diocese in 2008 and 2009 respectively, completing further research for the degree of MPhil at Cardiff University.  He served his title as curate in the diocese of St David’s in three parishes near Aberystwyth.  He then returned to the west coast of Scotland to take up the post of Head of the School of Education and then Dean of the Faculty of Education, Health and Social Science at the University of the West of Scotland;  during this time he was a member of the General Teaching Council for Scotland.

Since arriving in Lincoln he was made Canon in Lincoln cathedral and assists there on occasion.  His main research interests are language education and theological education;  in relation to the latter he studied under the auspices of the St Mary’s Centre for the degree of DMin which was validated by the University of Wales.  In addition to chairing the Cathedrals Group of universities, he serves on the Executive of GuildHE and is chair of the joint GuildHE/UUK group, the Teacher Education Advisory Group (TEAG).  He is a trustee of the Colleges and Universities of the Anglican Communion (CUAC) and is convenor of the UK Chapter of CUAC. 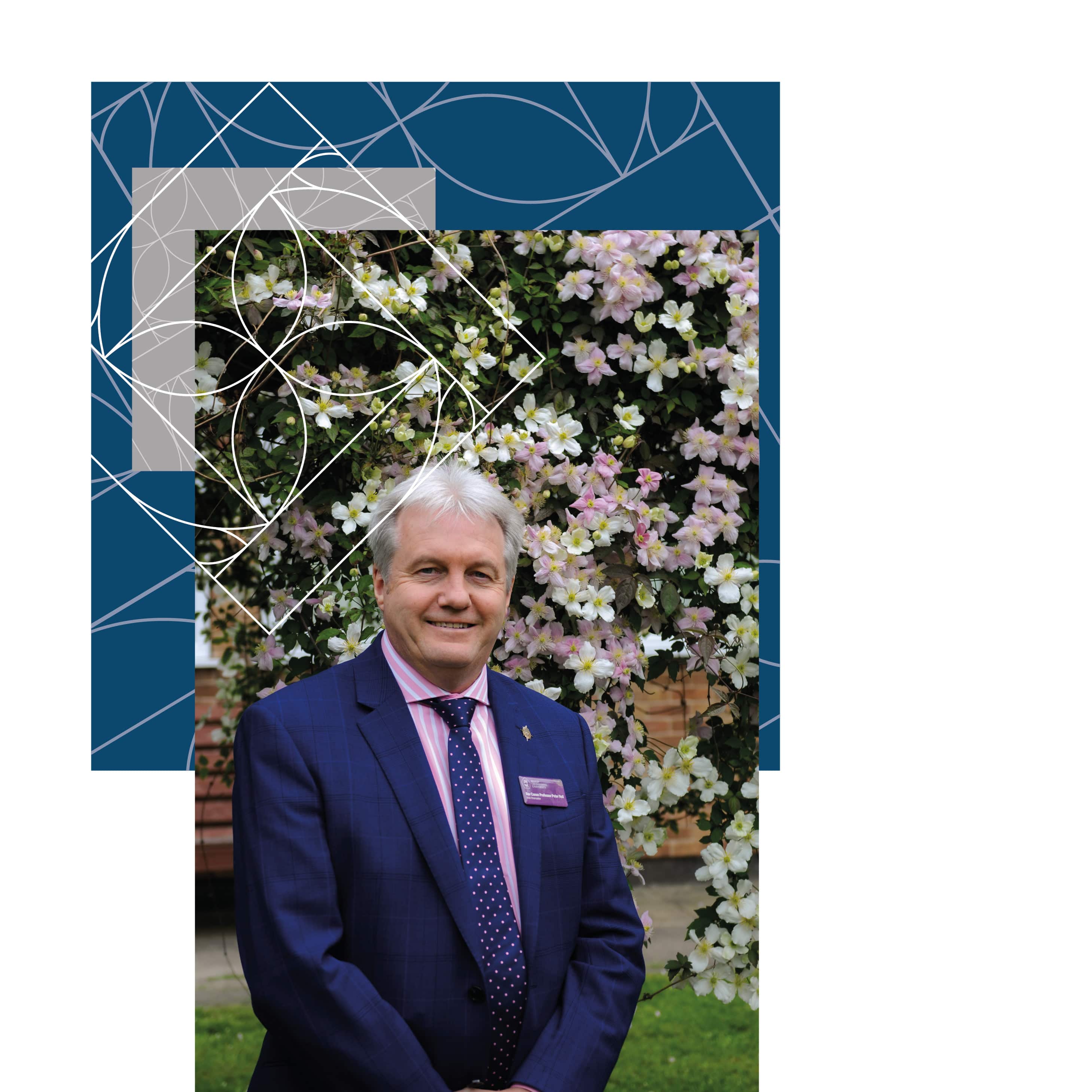